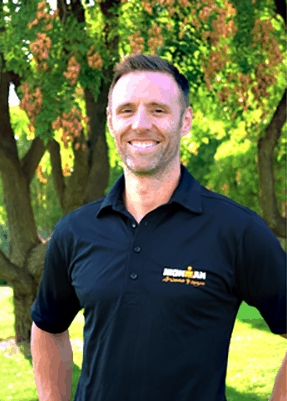 Dr. Tom Fletcher was raised in the Salt Lake Valley with his two brothers by his parents. He attended Brighton high school where he was involved with Rugby and as many Lake Powell trips as possible. After high school Tom moved on to the University of Utah.

While at the University of Utah, Tom met his wife Delilah and continued his love for team camaraderie and athletics. It was not till Tom had nagging rugby injuries in college that he then sought out chiropractic care. The rest, as they say, is history.

Tom attended Palmer College of Chiropractic West in San Jose, California. While in California, Tom excelled in academics and patient care for a variety of conditions. He was able to further his education by attending post-graduate programs such as Active Release Technique (www.activerelease.com), Graston Technique (www.grastontechnique.com), and HandsOn Muscle Therapy.

California also helped Tom develop his love for triathlon. During his first race he thought his lungs were going to explode as he climbed the Berkeley hills. Since then Tom has tried to compete in as many races as time allows. Races such as Stanford Treeathlon, Cal-Poly Triathlon, Wildflower Triathlon, Cal Bearathon, and the San Francisco Marathon to name a few.